Toy Dolls is a punk rock English band formed in 1979. They have 16 albums already edited, the last one launched this March 2012. Toy Dolls, being Michael Algar, Olga the only original current member of the band, will celebrate the 33rd year of the band. They will begin a new international tour in May visiting our country among others. An event definitely not to be missed . 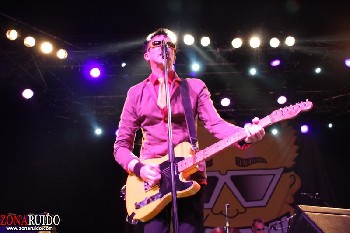 ZR.: You new album, The Album After The Last One is Toy Dolls’ record number 16. What are the main differences when composing and preparing a new album, when one takes a little time in music and when you take almost 33 years doing this?

Olga: Well, now we have home computers, this is a huge help when making demos, though I still write the songs on an acoustic guitar, same as 33 years ago, only now I can hear how they will sound whne they have drums/bass/electric guitars in, and the computer makes is much easier for composing all the parts.

As for the songs themselevs, I don't hear any differenence for 33 years ago!

ZR.: Generally, when we say "Toy Dolls" quickly comes to mind Nellie The Elephant. For your audience this song is like a hallmark of the band. Is it for you too? Do you feel the same?

Olga: Not really! Nellie the Elephant is just another one of the many songs we play, we didn't start playing this song until about 2 or 3 years after we we bagan.

ZR.: What do you think there are the most representative songs of your career or those people like most?

ZR.: When preparing a concert set list, it should be really difficult to chose the songs. How do you make the choice? Which are your main preferences when making the set list?

Olga: Very difficult, we try to mix tempos. Rhythms and keys to give the set colour and dyamics, we include a few new songs but try to keep stage favourites too, not easy!

ZR.: There are important changes in the set list from a concert to another within the same tour or they basically the same?

Olga: The set for a tour is basically the same, but the set changes from tour to tour, its nice to keep things fresh, including stage clothes! 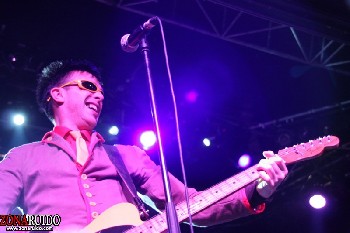 Olga: Yeah sometimes, but we enjoy all the songs we play so its no problem!

ZR.: Have you come to hate any song after playing it in almost all shows?

Olga: No, not yet, when that time comes maybe its time to retire!

ZR.: On the European tour that begins right now, are you going to present the new album, basically or it will be a bit of everything?

Olga: 3 or 4 songs from the new album, then a bit of everything!

ZR.: What kind of novelties we will find on this new tour?

Olga: Ha, you will have to come to a gig, I can not announce surprises!

ZR.: All Toy Dolls albums include a cover of a classical song. What about the idea to do that? Do you follow some criteria to decide which cover to include on each album?

Olga: To be honest I have coevered songs only when I have been short of an original song! I do like classical however.

I think the main thing is when covering a song is to make it sound like a TOY DOLLS original, rather than just copy a song, no point really, anyone can do that!

ZR.: Olga, you are the only original member of the band. When one starts facing those changes in the band, one wonders whether it is worthwhile to go forward or whether to leave?

Olga: Oh yeah, sometimes, its hard, starting from scratch, horrible! Though Tommy and Duncan have been around a long time now, hopefully they will stay! 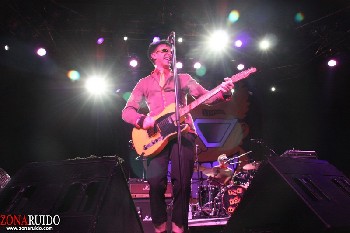 ZR.: Unlike your last visits to our country, this time the concert will not be part of a festival. What are the main differences between a Toy Dolls’ concert in a festival and one in a Concert Hall?

Olga: Festivals are fine, but the set is usually shorter, with a club show you can get to play the full set, and include encores, which isnt always possible at a festival.

ZR.: We already know what we can fin on stage during your shows but… what can we find in Toy Dolls’ backstage…?

ZR.: Throughout all this time you will have lots of stories to tell ... Do you remember any of them with a special love?

Olga: Every single show I remember with special love! And it becomes more special over the years, I really cant believe I am still doing this after 33 years! Special indeed! Thank you to everyone!

ZR.: If you decided to launch a compilation with the 10 best songs of Toy Dolls, which songs would we find in that compilation?

Olga: mmm, in no particular order:

Glenda and the test tube baby

Her with a Hoover 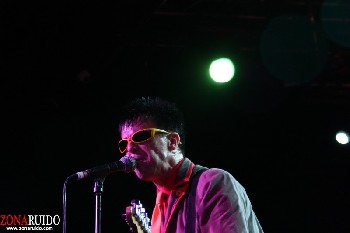 ZR.: Is there anything you want to tell us in this interview but we have not asked you?

Olga: You didn't ask how old I am! Ha, but I don't wanna tell you anyway!